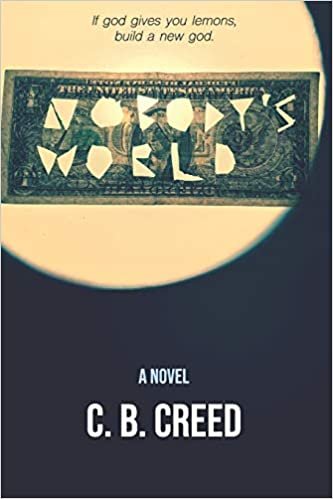 This morning, Ben Garrett’s life was just fine. He was a husband, dad, techie, and card-carrying Regular Guy. Now it’s lunchtime, and a sophisticated cyber-attack on his and his competitors’ core banking software has left the global financial system vulnerable to manipulation by a hostile operative. The credit cards aren't working, and everyone is losing their minds. Ben will scour the Internet to find the person responsible and end up in a demented game of chat-and-mouse with a charismatic, wise-cracking anarchist mastermind known as K who claims to have been inspired by ayahuasca and Star Trek to create The Ideal Future™. As planet Earth transforms under K’s guiding hand, Ben, his brittle wife Renee, and their friends find themselves wondering if the New Normal could actually be better than the status quo - and more importantly, is there a way to know such a thing before it’s too late to turn back? Nobody’s World has classic hacker-thriller polish, but scratch the surface and there’s a wickedly funny, crazier-than-a-hamster-in-a-blender philosophical adventure that will have you questioning everything you believe about “normal”.